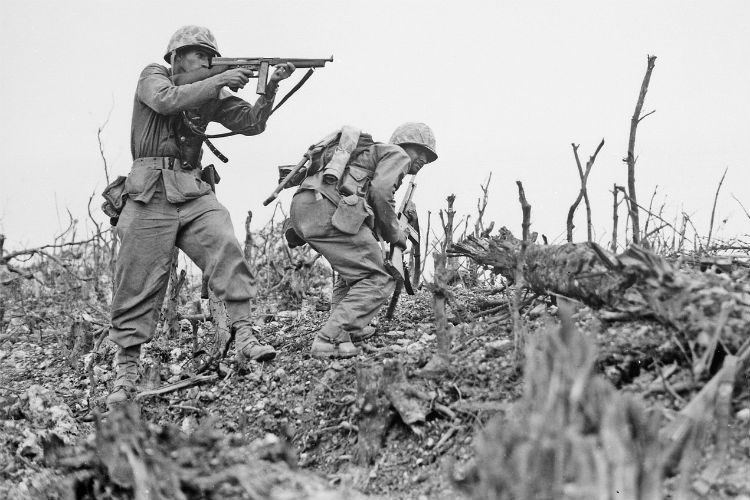 Are You Focused on the Mission or Entangled in Civilian Pursuits?

2 Timothy 2:4 – No soldier gets entangled in civilian pursuits, since his aim is to please the one who enlisted him.

I really love military analogies and think they work well when it comes to the role of church planting or revitalization as a pastor. We are to see ourselves as soldiers, and a soldier’s main job is to follow the leadership of their king to fulfill the mission in which they’ve been called. We are called to follow Jesus to the ends of the earth pleasing Him and living according to His calling. A soldier’s job isn’t to invent a new mission but to complete the mission in which he has been given orders.

We have been called to make disciples of all nations, going, baptizing, and teaching of the message of the Gospel of Jesus Christ. However, along the way, other things can get in the way. As Paul warns Timothy, these are civilian pursuits. We live in a military area and all the military families know what happens when their husband, wife, father, or mother gets deployed. They are sent out to serve to fulfill their mission. Soldiers don’t get the option of giving their two weeks notice or calling in a “sick day” when they’re deployed. If they’re needed by their superiors and the chain of command, then they do what they’re told.

We can easily be “entangled in civilian pursuits” as pastors. Civilian pursuits are anything that distracts us from the mission. Maybe it’s focusing on the building, maintaining programs, or being a caretaker of the same way we’ve always done things. If we get entangled, then we lose.

A soldier who is focused storms enemy strongholds. One of my favorite series of all time is Band of Brothers. It’s a story about the elite airborne unit employed in WWII. These were men who jumped deep into enemy territory often serving as an advance party for strategic objectives. It’s easy for us to be secure and comfortable in familiar environments, but I want to go to the tough places where the Gospel has not been named and needed. A soldier is willing to be deployed to the places where he is needed. Not at home as a civilian in the comfort of his surroundings.

Focused soldiers are risk takers. They will risk life and limb for the sake of the mission realizing that their life is expendable for the sake of the cause. We need more followers of Christ that are willing to see their life as inconsequential for the sake of the Gospel. It’s too easy to give excuses for why we shouldn’t take risks such as “God has not called me.” I do believe that we should follow the Lord’s leading in our lives, but sometimes I think people throw that one in as an excuse because they’re too afraid. And when you put the God stamp on it, no one can really argue with it.

Mission critical priorities are activities and things that we must be done to accomplish the mission. Many times, the most important activities we should be doing make the least amount of noise and the least important activities make all the noise. As leaders, we often lead by wanting to silence the noise, but that’s no way to lead at all. When your goal is to silence the noise creates an environment of passivity which is not effective at all on completing the mission.

In the 1700’s, the British army was one of the most formidable militaries on the planet. When the army marched, they had bright red coats and would march with incredible discipline and form. Their goal was to scare their enemy with their incredible discipline, but something really interesting happened when they fought some South Carolinians in the Revolutionary War. Francis Marion, nicknamed the “Swamp Fox,” knew the Lowcountry marshes and woods well. He realized that if he fought the British soldiers on his home turf, they could use the swamp and marsh for cover. Also, the Brits would have a tough time marching their disciplined army through South Carolina marsh. The objective determined Marion’s strategy while the strategy was non-negotiable for the British army. Their pride kept them doing the same things they had always done. The British army outnumbered the American army, yet the inexperienced American army caused great devastation on the larger British army because of the new guerrilla tactics used.

We can easily be more concerned with the way we do ministry than the why we do ministry. Instead of pleasing Jesus our King, we do what we’ve always done. We don’t evaluate what we do based on what the Bible tells us to do. We do what the pressure of others tell us we need to do because we’ve always done it that way. We don’t need to invent new strategies for the sake of new things. Instead, we should focus on the needs of the mission because that’s what we’re called to do.