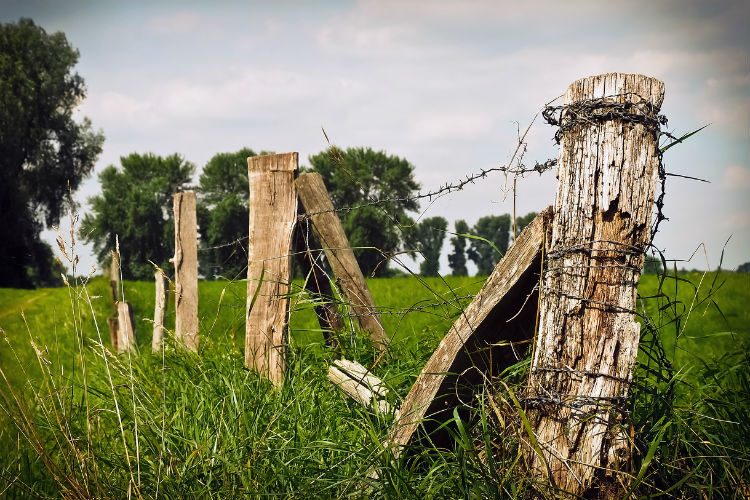 Are You Expendable – Battle on the Front Lines

I really enjoy watching war movies about ancient times. Almost all of these movies have an epic battle scene where men are lined up on a hill ready to charge the enemy. The enemy is also lined up ready to charge their enemy. When the charge is made, both forces come running at each other as quickly as possible until they connect in a powerful clanging of shields and weapons. People die pretty much immediately. That first wave of swords clanging takes place in a matter of seconds, but the entire battle happens much longer, in hours or even in days.

But, what about those guys on the front line? The guys who were first to connect with the enemy? What happened to them? Well, chances are those guys are going to be the first to die. The likelihood of surviving on the front line versus in the back of the army are slim, even if you win the battle! Think about it. This isn’t some new revelation I’ve had from watching an old war movie. This is something these guys knew very well before they charged the enemy. They were ready to give their lives leaving family and friends behind. They left the glory of the victory to another. There was something bigger than themselves worth fighting for. The cause. The king. Their families’ future.

I just read Through the Gates of Splendor by Elisabeth Elliot. In the book, she tells the story of several families who wanted to reach the Auca tribe in Ecuador. This particular tribe had little to no contact with the outside world. The reason for that is they would kill anyone with spears that came into their territory. Auca territory was closed off to Ecuador and the outside world. However, this group of families was burdened for the Auca tribe. They wanted them to hear the Good News of the Gospel, so that this murderous tribe would be praising the name of Jesus.

After working many months trying to make contact and building connections and friendships among the tribe, they were ambushed and killed because the tribe thought they may be cannibals. This death they faced came at no surprise to these missionaries. They fully understood they may be losing their lives by going to share the Gospel with the Auca’s. This particular quote struck me as I read the book. The quote said, “In order to obtain our objective, we had to be willing to be expendable.”

In order to obtain our objective, we had to be willing to be expendable.

Being expendable. Realizing that your life is inconsequential to the greater objective. That is the glory and worship of Christ by all tribes, tongues, and peoples. As church planters, pastors, ministers, church members, and leaders, we have to let our lives become expendable for the cause of Christ. We are nothing. He is everything. Here are six principles of being expendable.

1. Glory doesn’t belong to us.

As a soldier who is expendable, we may not receive any glory from the battle. When we are ministering, the goal is not to cast glory unto us but unto God where all glory is due. It becomes a big temptation for pastors to want to glory in how big their ministries are, their staff size, their budgets, or even their cool factor. But, that is idolatry. Glory belongs solely to God.

2. Safety is thrown out the window.

When we are expendable, our lives are not the important priority. A lot of our decision making today is based on safety. Will I be financially secure by making this decision? What about my physical safety? In order to reach the Auca tribe, those families had to realize they were entering incredibly dangerous territory that ultimately took their lives. But, they knew the risks and went anyway. All because they knew what it meant to be expendable.

3. Your life is the least important thing in the universe.

Now, don’t misunderstand me. Life is valuable because it is life, but I’m not talking about the nature of life. I’m talking about our lives. To understand what it means to be expendable, we have to wrestle with the importance of our own lives. We often see our lives as planets or spheres where everything else rotates around us. When God is at the center of the universe, everything rotates around Him.

4. A cause worth dying for.

5. You are the private. Not the General.

In the military, there is a rank and chain of command. This helps the unit to function as one instead of a bunch of minds trying to make their own individual decisions. We have to see our place as soldiers of Christ. We are the men on the front lines. Not the ones making decisions. We listen for the voice of God to tell us when to go, and we go full speed ahead. We don’t hang back. We don’t think about doing other things. We obey immediately and swiftly. That’s the job of the private.

6. The true test of your resolve is when you have something to lose.

In ministry and church planting, a lot of people say they will be expendable, but do they really mean it? If you want to know if you are truly willing to be expendable, you’ll find out when you have something to lose. Maybe it’s health, money, your family. What do you do when you face loss? Do you continue fighting or do you surrender? When you’re expendable, you keep going. Loss is expected. In World War II, the Marines were the first to go hit the islands in the Pacific. They would fight for hours as the first wave or first line of attack. After fighting for many hours, days, and weeks, they would head back only to be passed by the Army soldiers. Those soldiers were pumped up to fight only after the Marines had lost thousands of men. They had faced the battle and saw the casualties, and yet they kept fighting.

Are you willing to be expendable? Or are you afraid of losing something that isn’t yours to begin with?