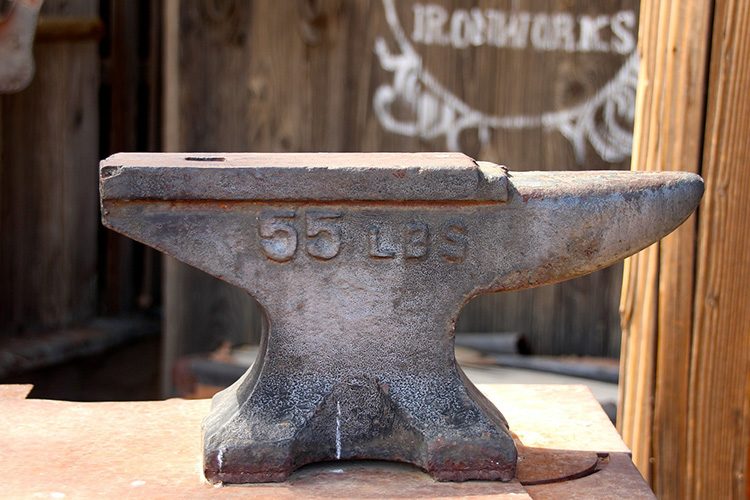 Leaders Are Forged and Other Leadership Lessons

I’ve held positions in ministry and volunteer ministry for over ten years in small to medium sized churches. Even though I have not worked for a large church, I’m almost positive the problem is the same. There are never enough leaders!

Maybe, it’s children’s ministry. You’re always looking for new teachers and new helpers. You’ve either heard or given the dreaded announcement on a Sunday begging people to work in children’s ministry. The church will take just about anyone with a pulse to work with children! And that should never be the case. I remember at one church when I was teaching Sunday School a frazzled children’s director came in almost in tears begging us to stop our class and send over some of our class to go help out in the children’s ministry.

It could be small groups, children’s, youth, outreach, deacons, elders, and volunteers of all types. The problem is still the same. Never enough leaders!

I was fortunate to go through a church planter training put on by the Launch Group. I had the blessing to be trained by Mac Lake who provided so much insight and help. I still look over the notes from those training sessions from time to time. If you know of him, he is big on this idea of leadership development and often tells stories of walking into churches to do consulting work for them. He poses the question, “What’s your leadership development strategy?” He says that they usually say they don’t know or they say it’s organic (“which is code for they don’t know”).

Think about that. The WWII Generation is called the Builders. Eighteen year old boys went off to war to fight oppression and came back men. That doesn’t mean they were perfect or without problems. Many came back with PTSD and had a hard time assimilating back into family life, but they were also changed for the better in the way they led. It makes sense.

We expect new leaders to appear out of the blue fully equipped and full of experience. It’s like the catch 22 for college grads looking for a job. The job wants experienced applicants, but the college student is fresh out of college with no experience. He can’t find a job and the company can’t find good applicants. Churches are often the same way. Something has to change.

Anybody can say yes to serving, but what about the guy who shows up to everything? They’re the ones who are always at church. They’re the ones attending small group. If you give them a small task, they do more than is asked. The point is someone who demonstrates themselves faithful in the small things will demonstrate themselves faithful in the big ones.

Those who are available make time in their schedule for meetings or for showing up early for their responsibilities. Sometimes, people are unavailable because they don’t view their job as important, and others are unavailable because they are incredibly busy people. Whatever the reason, unavailable people don’t make good leaders. You test for availability by asking them to do something. If they always reply that their schedule is booked for the next six months, then they are not available.

This acronym (FACT) is not original with me. Normally, you see it as FAT (Faithful, Available, Teachable). But, for biblical leadership, character is the most important aspect of leadership potential. In 1 Timothy 3 and Titus 1, the Bible lays out qualifications for pastors or elders. All of them, except teaching ability, have to do with one’s character. Followers of Christ should be constantly transforming into the image of Christ. That doesn’t mean that they’re perfect, but it does mean that their lives can be seen as examples for those they are leading. The texts in Timothy and Titus, although they are written for elders, are also character traits all Christ followers should look for.

If you want to see this one in action, look at how they respond at home? Are they a good father or husband? Do they spend time in their personal time studying, growing, praying? What about the jobs they are given? Do they balk at jobs that are beneath them and only want jobs in the limelight?

Let’s say someone wants to sing or play an instrument on stage in the worship team. Would they be willing to clean bathrooms, set up/tear down, or help in the children’s ministry? If the answer is no, then they might have a character problem.

Have you ever met someone who has all the answers? No matter what you say, they are right. They are not willing to listen or learn. If someone is not teachable, then they are a timebomb waiting to blow up. Teachability is attached with humility which goes back to the character quality. Look for those who are hungry to grow and learn.

If you find someone who has the four qualities, they can be forged into leaders. Some forging processes take more time than others, and leaders come in different shapes and sizes. Not all leaders are going to be leading thousands of people. You need colonels and you need sergeants. Each is responsible for a different group of people. Both are leaders of men.