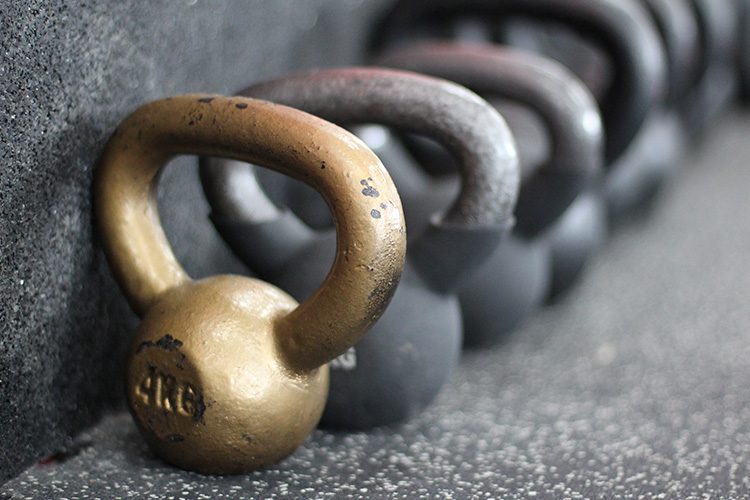 When I was in seminary, the campus police chief started a gym in his backyard and had it open to any student who wanted to come by and work out. Every morning at 6AM, tired seminary students would come by and be a part of this thing called Crossfit in “Hoot’s” backyard. The first part of the workout was the warm up, you had to do 30 pull ups! I couldn’t even do one, and this was the warm up! Crossfit made people puke, made them sore, and made them tired. Yet, people still did it. This program was not secluded to one backyard in New Orleans, but around the world. Crossfit has exploded and become one of the biggest fitness phenomenons in the last few years.

It’s a phenomenon because it seems counterintuitive. I mean, why in the world would people pay 4-5x the normal price of a gym membership for a ¼ of the equipment? Crossfitters are also not your typical fitness person. They’re crazy! They work out almost every day, eat weird diets, do ridiculously hard exercises, and have people yell at them. It doesn’t make sense!

On the flipside, think of how we try to get people to come to church. We try to make things as easy as possible with the least amount of challenge. We don’t want to offend. We try to offer every possible program under the sun. People only commit to, at most, one day a week. Any more than that would be too much! There is a problem when a fitness program motivates people more than the church to follow Jesus. And, we can’t just say that people are lazy. Clearly, people can have a lot of discipline when it follows their values. I personally believe that the church has tried to soft pedal the Gospel and Christianity for so long that people believe in a soft Gospel, which really is no Gospel at all.

If you still don’t believe me, here are seven reasons why Crossfit resembles the church more than the church.

1. Crossfit doesn’t mind someone motivating them.

When people come to church, often times, they come for an hour and leave never to be seen again. We don’t want people talking to us or getting involved in our lives. yet, in Crossfit, they pay for people to do this!

One of the biggest things about Crossfit is the Paleo diet which is a diet that consists of proteins, veggies, seeds, nuts, and no breads. Pretty much no carbohydrates. They believe it gives them more muscle, more fat burning, and more energy throughout the day. It takes an incredible level of discipline to do, and yet we as Christians are some of the most undisciplined people on the planet. I recently read a tweet from John Piper that said, “If I offered you $1,000 for every Bible verse you memorized in the next week, how many do you think you could memorize?” When I read that, I was completely convicted. Because in my head, I knew that I would memorize a ton if there was that amount of money on the table. It just shows that our value is often in worldly things before it is in the things of God.

3. Crossfit doesn’t shy away from the hard things.

Crossfit has a reputation for being the hardest fitness program out there. People join it because it is tough. Special forces guys and some of the strongest, fittest people in the planet get into Crossfit. They run to challenge instead of away from it. We, as Christians, are often looking for the shortcut, the easy route. We’re afraid of challenge and don’t want anyone to rock the boat of our life.

4. Those in Crossfit pay ridiculous amounts of money just to be involved.

There are Crossfit gyms where people will pay $100 – $200 a month to get involved in one of these gyms. Crossfit uses your own body mass for weight training. They also use dumbbells and squat bars, but they don’t use fancy elliptical machines with DVD players or cable TV piped in. They use old fashioned kettle bells and pull up bars. This is home equipment stuff. Not only that, but the exercises are all online, so you technically don’t even need to join a gym to go. Yet, people do. They join for the for the environment and for the accountability to see their goals accomplished.

We, as a church, have a hard time helping people understand giving. Giving is seen as a hindrance or something where the church is trying to take money. However, when people see the challenge, and they see the need, they are often burdened to give sacrificially and give above the status quo. They rise to the occasion.

5. Crossfit sees people at their worst.

One of the grossest things on the planet is seeing somebody puke their guts out. In Crossfit, this is a regular occurrence especially with the new guy. People may be a little embarrassed, but they keep going. The environment there is one of motivation not of judgment. In the church, we are so afraid to “puke” in front of each other because of what others think. Being a transparent church means you see each others puke and guts. It actually bonds you together instead of driving you apart.

6. Crossfit is not concerned with the sacrifice of time.

Those in Crossfit will often be at the gym every day for an hour. There aren’t many things people are willing to give up an hour every day for. Time is a finite commodity. We often speak of our priorities through our time. We have a hard time getting people to church an hour a week. We act like having people involved in church activities more than once a week is an impossible task. When there’s something valuable people are going to, they have no trouble going more than once a week. As churches, we should be providing value in developing disciples, and we shouldn’t be afraid of the challenge we put before our people.

Those who participate in Crossfit love it! They’re always talking about. Talking about their workout of the day or their crazy Paleo diet is often conversations that are used. Being a Christian is often a conversation met with awkwardness. Why does it have to be this way? Maybe it’s because we don’t place the same level of value in our relationship with Jesus that we do in our personal fitness.