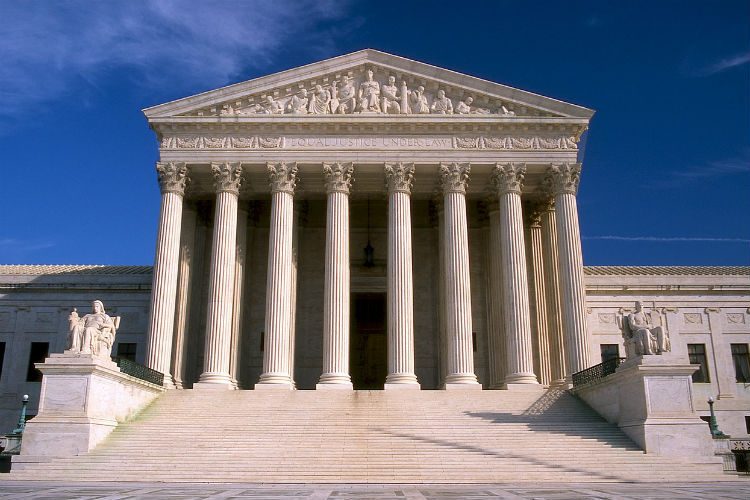 How Christians Should Respond to the Gay Marriage Ruling

I’ve been spending a good bit of time reflecting on the Supreme Court ruling in America last week. As I’ve been reflecting, I’ve done a lot of reading of reactions from those who are gay and those who support the redefinition of marriage. I’ve also read a lot of Christians, like myself, who support the traditional idea of marriage. A lot of what I have read has saddened me on many levels. I’ve seen my own view of traditional marriage mischaracterized as homophobia and hate from those that support new definitions of marriage. I’ve seen Christians who have expressed panic, disappointment, and sadness over the ruling. And, I’ve also seen Christians express truth and un-truth in prideful, arrogant, angry, offensive, and unloving ways. As I have been thinking and reflecting, I wanted to write a response to what I’ve seen and what I believe the church needs to hear.

I realize that those reading this who are not Bible-believing Christians may not agree with what I’m writing, and even some Christians may not agree with what I’m writing. But, I’m writing this to the church, those that profess faith in Jesus Christ and identify with a biblical worldview. I hope that my thoughts offer some things to think about in light of the events of this week, but I do not intend to carry on any thorough debates about this issue. I think most of the debates that result on social media are not fruitful or productive.

Why Traditional Marriage is Important to Any Bible-Believing Christian

With all my cards on the table, I hold to a biblical view of marriage of one man and one woman for the rest of their lives. What that means is that I believe adultery, polygamy, homosexuality, divorce, and lust are all not a part from God’s original design of marriage laid out in Scripture. I also don’t expect those who are not Bible-believing Christians to understand my view or where I’m coming from. If you don’t believe the Bible or you don’t believe in God, you wouldn’t believe this. But, the reason why marriage is so important to evangelicals is because at the heart of the issue marriage is a picture of the central message of Christianity, the Gospel.

Ephesians 5 paints this picture of marriage as a living example of Jesus and the church. The Bible says that a husband is to love his wife as Jesus loves the church, and a wife is to love her husband as the church is to love Jesus. The wife is a symbol for the church, and the husband is the symbol for Christ. When Jesus died on the cross for our sins, He came after us, redeemed us, made us holy, and unconditionally keeps us forever. No matter what happens. Couples that resemble that type of marriage are rare in our society. Even Christian ones.

So, what about public policies and American politics?

Jesus is Still King No Matter What Any Earthly Government Rules

First of all, no matter what the government declares marriage to be, all the American government can do is grant tax benefits to whatever group of people it defines as a marriage whether that be a homosexual couple, a heterosexual couple, or (quite possibly in the future) a polygamous couple. Just because the government declares marriage to be defined a certain direction does not mean that God defines it to be. I hold that no earthly government has any hold or sway over God’s kingdom. As has been stated in several blogs, Christians don’t need to panic or get defensive or scared when it comes to this topic. The government can do whatever it wants, and it doesn’t change a thing for me.

Jesus is still on His throne. He is still ruling and reigning, and He is sovereign over the entire universe. This didn’t catch Him off-guard. We didn’t lose the game or the battle. We are victorious because Jesus is victorious. 1 Peter 2:11-12 says, “Beloved, I urge you as sojourners and exiles to abstain from the passions of the flesh, which wage war against your soul. Keep your conduct among the Gentiles honorable, so that when they speak against you as evildoers, they may see your good deeds and glorify God on the day of visitation.”

The Kingdom of God is Not Synonymous With America

I believe that Christians, in America particularly, have had an unhealthy obsession with America to the point of seeing God’s kingdom being synonymous with the American nation. That’s not true. The Bible calls us sojourners. That implies that the culture around us is not going to be in line with a biblical worldview. We should not only be surprised that the culture does not hold our worldview. We should expect it.

When we look at the New Testament, we don’t see the church trying to change every single law put into place by Rome, even though at many points in the empire they had good reason to do so. Rome was way worse morally than anything in American society. They had prostitutes in pagan temples that people went to as a part of their worship to the respective Roman god or goddesses. Slavery was commonplace. People were routinely sent to huge arenas in death matches, and the citizens of Rome went in droves to watch the carnage. Christians were also sent to the arenas where hungry, starving lions would rip families to pieces. The emperor had the power to order people’s deaths whenever he wanted. If he didn’t like a particular senator, for example, he would just send him a letter to kill himself. If he didn’t, then someone else would do it. And, through all of that, we don’t see Paul writing the Christian church to change society. We see that they were implored to stand firm and to speak the Gospel boldly. As they did that, Rome changed, and Christianity spread. But, it did not happen through a series of laws. When Emperor Constantine came to power, he embraced Christianity because he realized that Christianity was becoming the fastest growing group in the empire. And, arguably, the church started to bring in corruption when the state held fast to the church and it became politically expedient to be a Christian.

What I also find interesting about this 1 Peter passage is how we are implored to conduct ourselves. First, it assumes that culture around us will assume we are evil based on our beliefs. Again, no surprise here. But, it tells us how we should act and that is through our deeds. When we respond to the world around us in hate, anger, and prideful postures, we are not demonstrating good deeds that come from a redeemed heart. We are demonstrating our old sinful flesh on full display before the world around us.

Facebook is Not the Venue Where Life’s Problems Are Solved

If you really want to test your deeds, have a friend read your facebook comments that you’ve left all over the internet. First, are you speaking the truth? Secondly, are you speaking the truth from a humble, selfless place, or are you speaking out of a hateful and destructive place? Just because someone posts something you disagree with does not mean that you have to respond to it. I don’t know why we feel that we have to respond to everything under the sun just because we read it on facebook. James 1:19 says, “Know this, my beloved brothers: let every person be quick to hear, slow to speak, slow to anger.” Very wise words that we throw out the window when we get on facebook.

Truth and Love Are Not Dichotomous Ideas

One thing that I’ve seen a lot of through this debate are those who lean on a “love” side or a “truth” side. The idea that you can separate truth and love is faulty. It is unloving for a cancer doctor to lie to their patient and tell them that they don’t have cancer when they really do. Just as it is unloving for a Christian not to tell a non-Christian that unless they repent and believe in Jesus they will not have eternal life.

On the other side, when we speak hard truths out of places that are hateful and mean-spirited, we are not demonstrating truth. The truth of the Gospel humbles me first that I was a sinner that has been saved from destruction by an Almighty God. When you are humbled by that truth, it’s really hard not to speak the truth in love. Love says the hard things while remaining concerned for the person. If you could care less how the truth makes someone feel, then you might need to check yourself to see if you truly are a follower of Christ.

Our Priority as Believers is the Proclamation of the Gospel

Finally, I think we, as Christians need to realize where the priority for our fight is. Imagine if we were able to enact Christian moral laws all over the land. Would we have a Christian land? Not in the slightest. We would have a moral land but not a Christian one. Because anybody can do what is required of them by law for the sake of appearance and not have any heart change. Look at the group of Pharisees in the Gospel who lived incredibly moral lives, but they were diametrically opposed to Jesus. They were self-righteous. Until people are changed by the Holy Spirit by having new life, they will only live morally out of guilt, self-righteousness, or fear. Not because they’ve been regenerated and redeemed. Our primary task as believers is the proclamation of the Gospel. Romans 1:16 is clear. “For I am not ashamed of the gospel, for it is the power of God for salvation to everyone who believes, to the Jew first and also to the Greek.” The power we possess as believers is the Gospel. The Gospel is the message, and in the days to follow in our land, people will not understand our message. They will not understand our beliefs. And, in those conversations, we will have opportunities to make much of God for His glory and His honor.